Composer of the First Korean Lyric Song, Thinking of My Friend

Having written numerous children’s songs, including “Thinking of My Elder Brother,” “Ottugi,” and “White Night,” Park Tae-jun became everyone’s beloved composer. He founded the Korean Oratorio Choir in 1945 and served as conductor until 1973, making a significant contribution to the development of choir music. Park launched the Seoul Music Festival while chairing the Music Association of Korea for several terms starting in 1968.

He wrote the first Korean lyric song, “Thinking of My Friend,” at age 22, which was later recreated into an opera about his life, music, and loves under the title of The Memory of Cheongna Hill.

Hyun Je-myung, a native of Daegu, pioneered the introduction of Western music to Korea, and composed many masterpiece songs, such as “Thinking of My Hometown,” “A Gentle Breeze,” “A Lonesome Autumn Day,” “Lass Picking Herbs,” and “To the Country of Hope.” Together with Hong Nan-pa, he was a forerunner among the first generation of musicians who helped Western music take root in Korea. While Hong Nan-pa was a master of early modern music prior to national liberation in 1945, Hyun Je-myung was heralded by the music community as a major star of modern music.

Early on in his music career, Hyun was an active singer, holding solo concerts and recording lyric songs, while working as an English professor at Yonhi College upon returning from the United States where he studied music. Soon, he turned to composition and focused on writing music. Hyun laid the foundation of the music community by organizing the Korean Musicians Association, before national liberation, and establishing the School of Music at Seoul National University and the Goryeo Symphony Orchestra during the post-liberation era. He left important impressions in the barren Korean music circles by composing and directing Korea’s first opera Chunhyangjeon (The Tale of Chunhyang) and was appointed a life member of the National Academy of Arts. 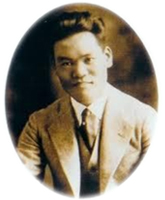 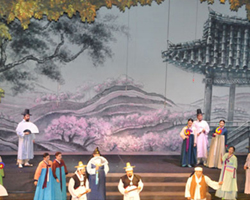 A scene from Chunhyangjeon, the first Korean opera

Tenor Who Held the First Solo Concert in Korea

“Lily, lily, golden bell
Pluck it, hold it in your bill
Bunch of chicks, hop, hop, hop
Springtime outing, off they go.”

This famous children’s song titled “Springtime Outing” was written by Kwon Tae-ho, a composer-singer. As a pioneer in modern Korean music, Kwon introduced German lyric songs to Korea. Born in Andong in 1903, he learned Western music from the wife of American missionary Roger Earl Winn (Korean name: In Rojeol) at a young age, and studied in Tokyo from age 21 to 24 before becoming the first Korean admitted to the Department of Music at the Nihon University in Japan. Starting with the first Korean solo concerts in Daegu and Seoul at age 25, Kwon held solo performances on numerous occasions in both Korea and Japan until the age of 35. Having a successful solo concert at the Tokyo Youth Center at age 27, he became the first Korean to hold a solo singing event in Japan. Kwon was praised as an excellent tenor in one Japanese music magazine: “It was as if a fire were emerging from his mouth.”

Kwon Tae-ho was invited as a professor to his alma mater, Nihon University, at age 36. Returning to Korea at 41, he moved to Daegu and opened the Daegu Music Institute, and published A Collection of National Songs. Among the 114 compositions in his repertoire are children’s songs such as Springtime Outing and Song of Korean Babies, and military songs such as March of Korean Sons and Song of Victory. 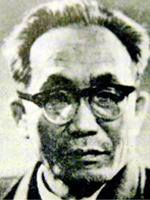 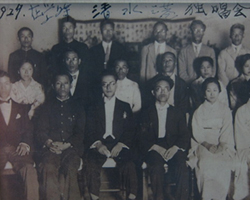